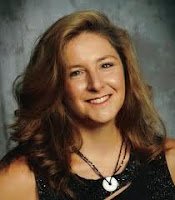 Welcome to the first-ever guest post on my blog, by none other than author, agent, and all-around awesome person, Lucienne Diver!!! Thanks, Lucienne, for being here.
Without further ado...
For some reason, I’ve got The Beatles’ song Paperback Writer stuck in my head.  The line that always cracks me up is, “And I need a job, so I want to be a paperback writer.”  Yeah, because it works just like that.

As all writers know, it’s not just a job, it’s a commitment—or we should be committed…or something like that.  It’s true.

I joke that I started writing so that I could give the characters in my head other people to talk to so they’d leave me alone.  Sadly, it doesn’t really work like that either.  I get a character like the teen fashionista Gina from my Vampedseries (trying to beautify, not belittle, the world one person at a time), and a short story absolutely doesn’t satisfy her.  She wants a novel, then two.  Before I know it, she’s insisted on at least four…and her own blog.  Oh, and an interim short story between the release of books two and three so that she’s not gone from the fans’ minds and hearts for too terribly long.  (Can you say diva?) 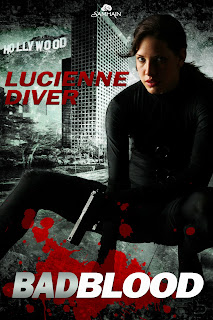 Or take my newest heroine, Tori Karacis, former circus brat, current P.I. from Bad Blood.  It’s not enough to have Tori in my head.  That I could live with.  She’s smart and snarky, and the two of us could definitely hang.  But her family!  OMG.  Her grandmother (living) and grandfather (deceased)  both had steaming piles…er, pearls…of wisdom to impart during Tori’s formative years (which explains a lot).  For some reason, they felt the need to share with the class.  Of course, I decided that if Tori and I had to be warped by their wisdom, so did my readers.  Thus, some of their wit appears as chapter openers sprinkled throughout the book.  If I had all the time in the world, I’d even consider setting up the website that Yiayia (Tori’s grandmother) runs, called Goddities.  It’s essentially a scandal sheet on the Greek gods who—oh yes, my friends—are still running around in modern times, though their diminished worship and power has led to the need for actual (gasp) day jobs.  Talk about a crazy cast of characters!
Add in murder, plots, mayhem and destruction and…well, my head is a very scary place to be.
The fun thing as an author is that you get to welcome other people into the insanity that is your world.
So come, walk a mile in my shoes.  And, uh, sorry about the squelching.  Poseidon isn’t terribly thrilled with me at the moment.
_____________________________________________
For Murder and Mayhem:
Bad Blood, first novel of the Latter-Day Olympians
Available digitally June 2011, print in May 2012
For Fangs and Fun:
Vamped
Revamped
Fangtastic (forthcoming January 2012)
www.luciennediver.com
Facebook fan page
Twitter
Posted by lexcade at 12:00 AM

How fun! I love that your characters are so real that they can have their own blogs and stuff (not to mention a bit of marketing genius!).
I'll look for your stuff, it sounds like my teen drama queen and I would enjoy sharing it!

Oh, I LOVE the idea of the Goddites blog!

Maybe you could do the Twitter version if you're short on time. Just a tweet a day. "Guess which sex-starved goddess offered a golden apple to the man with the million-dollar face. Aphrodite, don't you know he's married!" How fun would that be ;o)

Off to check out the available titles now!

Phoenix, that is an inspired idea! A Goddities Twitter account...I never thought of that. Wow, I have to conspire now!

Teri Anne, I aspired to be a teen drama queen, but I think I was more of a lady in waiting.

Hey, girlie; I think your facebook account got phished. :P 'You' have been sending me ads about ipods all day, lol. I think it will go away if you change your password. #$%@ing hackers.

This is SO AWESOME!!! LOVE it!

Also, I'm happy to see vamps are still alive and well. I can't stop writing about them myself and was quite scared they'd gone the way of the dodo. I feel much better seeing that they're still going strong.

I think I read somewhere that this guest post is "kinda a big deal" for miss Cate so of course I couldn't help but stop by and check it out! Super great post!!! I am not a writer but when I read books characters get stuck in my head for much longer than they should be so I can only imagine how it is for the awesome people that create them. I am sorry your original plan to quiet the characters in your head didn't work out. On second thought, not sorry at all ;)
-Katelyn

Beckah-Rah, is that for Cate or me? If it's my account, I'll change my password right away. So sorry!

lbdiamond, the great thing about vampires is that they're always rising from the dead. Vampire fiction is the same way.

Katelyn, oh, authors love to hear that characters get stuck in readers heads as well. It gives us a warm, fuzzy feeling that we've entertained you beyond the words "The End."

I'm with Laura on the Twitter thing. It'd be hilarious to have a Goddities News Network to tell us all the gossip about our favorite gods and goddesses ;)

Thanks again for posting (and commenting!!!). I'm excited to pick up the Vamped series and your new one.

Cate, thanks so much for hosting me. It's been fun!