Disturbing the Peace: Why Mad Love = Mad Me. 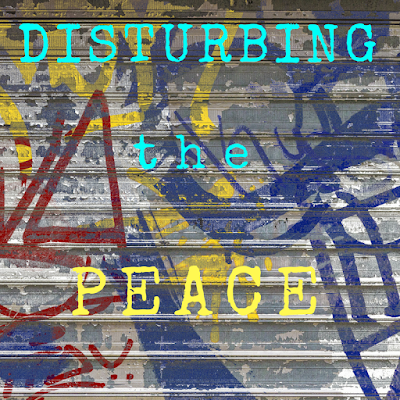 Recently, the enigmatic and infamous THEY announced a new movie in the DCCU, and fan reaction has fallen pretty much on either side of the spectrum: OMGFINALLYWOW and OMGWTFWHY.

I am on the latter end of the spectrum. OMGWTFWHY?

Because there's a Harley/Joker love story in the works.

Please read that again. A Harley. And Joker. Love. Story.


If you know anything about the volatile relationship between these two, then you know why this is in the top ten of Things We Do Not Need.

If you don't, well....I can sum it up in three easy words: Joker abuses Harley.

Physically, verbally, psychologically, mentally. In pretty much every way possible. So much so that I wrote Harley fanfiction to help cope with my own abuse.

I think once someone has had that kind of "mad love" relationship, they view the world through a different lens. While some see the Harley-Joker relationship as something strange and romantic and whatever, others like myself see elements of that abusive relationship in every interaction.

I have a lot of feelings about Leto's Joker, partly because of the theory that this Joker is my DC husband Jason Todd, and if true, that makes this Joker as much a victim as Harley.

I have a lot of hatred for the actual Joker. Oh yeah, he's entertaining as hell, and my canon Joker is voiced by Mark Hamill, who is impossible to hate as a person. BUT. The character is a manipulative (and this maddening relationship is based on his manipulations), cruel, sadistic, narcissistic sociopath who scapegoats and gaslights Harley to no end.

Some background: I identify with Harley in so many ways. Like her, I studied psychology with an intent to become a criminal psychologist. Unlike her, I didn't follow through. Like her, I gravitate toward emotionally unavailable people and want to "fix" them. Like her, I wasted a lot of time in a terrible relationship that sucked away everything I was and almost killed every aspiration I had. I was mentally, emotionally, and verbally abused. I was gaslit and blamed for everything wrong in our relationship. Unlike her, I wasn't strong enough to walk away on my own.

With the releases of movies like Arrival, Hidden Figures, Atomic Blonde and Wonder Woman, and with more women-centric movies coming out in the next several years (still waiting for that freaking Black Widow movie), girls and women finally get to see themselves represented as more than lamps, sex objects, and damsels on the big screen. Hell, Harley's role in Suicide Squad was a win in its own way--Robbie plays her with this complex blend of sweetness, coyness, sass, confidence, vulnerability, fear, and cognizance that we don't see a lot outside the comics (and her runs in the comics are PHENOMENAL; do yourself a favor and check out Harley Quinn #25, by Amanda Conner, Jimmy Palmiotti, Chad Hardin, Alex Sinclair, and Tom Napolitano and her arc in the Injustice tie-in).

Needless to say, I am not thrilled about this little movie. I want to trust Margot Robbie's decision to sign on for it, just like I trusted her to bring Harley to life in the way the character deserves. What I don't trust is people who don't understand the nuance and complexity that Harley's writers have developed over the last couple decades. Yes, she's fun. She's weird and not all there (though it's an act and people who understand her know it is because it's a method of survival). She's sexy. She's also grown so much and the threat of not seeing that growth, some of which was exhibited in Suicide Squad, is galling.

As much as it pains me, I won't be seeing this one. I'll just wait for the Birds of Prey movie.

Email ThisBlogThis!Share to TwitterShare to FacebookShare to Pinterest
Labels: abuse, Harley Quinn, I hate the Joker but I love Mark Hamill, Jason Todd, Joker, Suicide Squad, Why Harley is better than this movie, Why is this movie happening