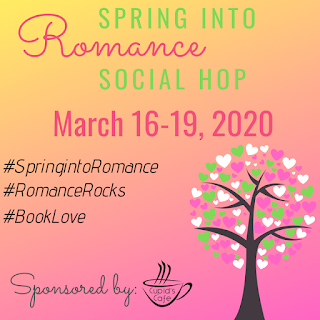 It's a pain that we have to defend the genre we love over and over again. (Also yes, I know it's been almost 3 years since I've posted anything. This is enough to bring me out of hiatus!) For anyone who missed the kerfuffle, a library outside of Philly a "Bad Romance" night where the most cringe-worthy of excerpts was read for the amusement of the crowd. All in good fun--except that romance was the only genre mocked, and romance readers and authors already deal with more scrutiny and garbage attitudes than any other genre, even though romance carries the entirety of publishing. Do we know why this is? No. But it is, and that's more than enough to be a problem. To fight back, the ladies of Cupid's Cafe are working to turn that scrutiny on its head by sharing the most beautifully written, arresting passages that make you laugh, cry, think, or pine for that special someone.

When we talked about putting this hop together, one of the first things that came to mind a conversation between Nora and Zach in Tiffany Reisz's The Siren. It's one of the most beautiful pieces of fiction I've ever read, and I haven't stopped thinking about it.

"Look how Ciseri painted Jesus. See the curve of His back and shoulders. It is a classic feminine posture. His hands are tied behind His back and His robe is falling over His hips. And all the men are just pointing and staring and gawking. But the women--see them?--they can't bear it. One's looking down and she--" Nora pointed at a female figure who was turned completely away from the horrible scene unfolding behind her "--and she can't even look. She has to hold on to the other woman just to keep from collapsing. And of all of them, she's the only one whose whole face we see." ... "They know what He's feeling. The women always know. They know it isn't just a beating or a murder they're being forced to witness. It wasn't even just a crucifixion. It was a sexual assault, Zach. It was a rape."

Nora took a deep breath and Zach felt his own breath catch in his chest. He wanted to say something but didn't trust himself to speak yet.

"That's why I believe, Zach," Nora continued. "Because of all gods, Jesus alone understands the purpose of pain and shame and humiliation."

"What is that purpose?" Zach asked, truly wanting to know.

Nora's eyes returned to the two women in the foreground clinging to each other in sympathy and horror.

"For salvation, of course. For love."


The first time I read that, I had to stop reading for hours to sit and think about it. I'd never read anything so...brutally beautifully done.  And I truly fell in love with Nora, with Zach, with Tiffany and with this whole damn series. Seriously, do yourself a favor and get it. 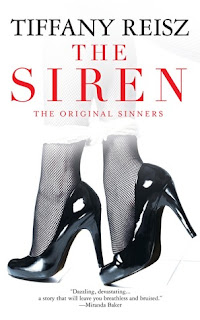 Notorious Nora Sutherlin is famous for her delicious works of erotica, each one more popular with readers than the last. But her latest manuscript is different—more serious, more personal—and she's sure it'll be her breakout book... if it ever sees the light of day.

Zachary Easton holds Nora's fate in his well-manicured hands. The demanding British editor agrees to handle the book on one condition: he wants complete control. Nora must rewrite the entire novel to his exacting standards—in six weeks—or it's no deal.

Nora's grueling writing sessions with Zach are draining... and shockingly arousing. And a dangerous former lover has her wondering which is more torturous—staying away from him... or returning to his bed?

Nora thought she knew everything about being pushed to your limits. But in a world where passion is pain, nothing is ever that simple.
Posted by lexcade at 12:00 AM