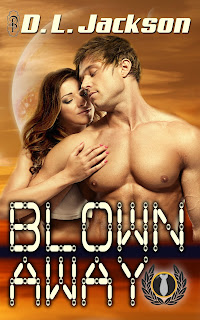 Eight years ago my oldest son was talking to a marine recruiter about his options for jobs he could do in the service. He’d always been an adrenaline junkie and gravitated toward the dangerous things. When he wanted to explore EOD, my heart dropped into my stomach. My first reaction was to steer him away from that career path. But being an army vet, I knew the value of Explosives Ordnance Disposal, and I knew many brave men and women lived because of those who served in ordnance.

So instead of discouraging him from choosing EOD, I encouraged him to research it, and in doing so, ideas for a series sprung to life. He decided to go infantry in the end.

At first I thought about writing a contemporary military romance, but a publisher I had at the time, warned me nobody would want to hear about bombings and terrorists, with our service members deployed and terrorist  acts increasing all over the world.

But I didn’t want to write about the bombers and terrorists. I wanted to write stories about men and women who stopped them. So, in respect for those dealing with the very real and dangerous  situations, I chose to take the series off Earth and into space and on alien planets.

Science fiction has always been one of my favorite genres, and the first novel wrote over sixteen years ago, when I decided to pen my first romance, was a beastly 100k novel which will never see the light of day. Since then, I’ve written in many of the romance genres, but I always seem to come back to my first love.

Science fiction and I have had a mad romance. We’ve seen the ups and downs in the industry, and the neglect of attention this wonderful genre deserves. Now I’m being told science fiction romance is the next hot thing. I’m not surprised. I’ve always felt it was a hot thing and it would only be a matter of time before readers discovered everything it had to offer.

So, on November 10th I will release the first book in my multi-book Blown Away series. I hope you’ll grab a copy. You’ll get a little military and a little science fiction. Action, adventure and fantastic worlds that will beg you to explore more of them. Be sure to check out the second book, Explosive Affairs, which will be up for preorder as Blown Away goes live.

Each of the novels in this series are stand alone, but linked by common denominators. No cliff hangers here and a happy ever after is guaranteed.

Blurb:  One man and one woman, both on a collision course with a mad bomber and the past.

Trios Space Port City is a busy place. MacKay and Boomer must stop a bomber before he strikes again, this time closer to home. Failure is not an option. Success means they get to live another day. But more than the danger is heating up. Their attraction has grown to explosive levels, and it’s become a major distraction. Not good when they need to keep their heads. 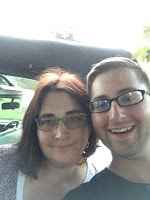 D. L. Jackson is a writer of urban fantasy, science fiction, military romance and erotic romance. She loves to incorporate crazy plot twists, comedy and the unexpected into her worlds. As a U.S. Army veteran, she naturally adores men in uniform and feels the world could always use more. She does her part by incorporating as many sexy soldiers in her novels as she can. When she isn't writing or running the roads, you can often find her online chatting with her peers and readers. Grab a cup of iced coffee, pull up your virtual chair and say hi. She loves emails and blog visits from her readers.
Posted by lexcade at 12:00 AM

Thanks for another great post.This is so amazing.
clipping path


I liked your blog very much Digital Marketing By the next afternoon I'm kissing on the bit to bring it back. This is a great blogspot theme, where you can find the best themes and latest designs. very nice. But you know that this is the right time to start your business with Google Media Website Development